​•Four identical robots will be build from existing supplies.
​
•All robots will be modeled after the "DriveBott," having holonomic drive systems.
​•Modifications will be made to the original DriveBott design to add metal "bumpers" around each of the four omni-wheels.
​•All robots will have an aluminum "pusher shovel" attached to the front to allow the robots to push the blocks around.

​​For more info, go to HERE 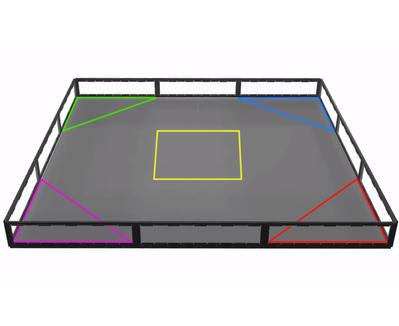 Krazy Kubes is a game that the Lazybotts have created for people to play at FTC Demos, Presentations, and Fundraisers. We hope that we will set a spark for STEM in the people after they play this game.